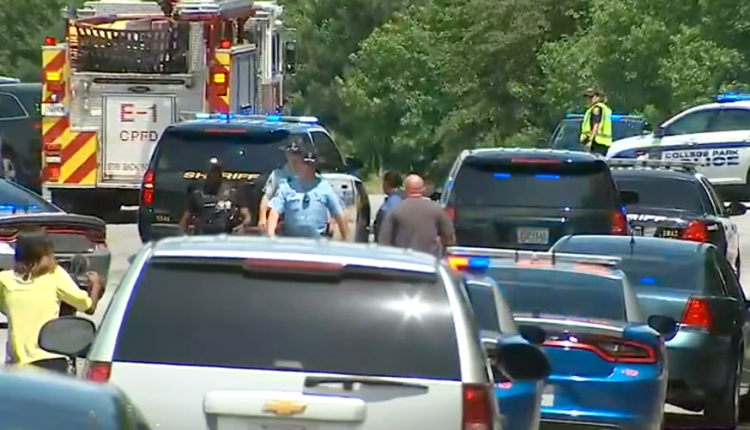 It happened around 2:30 p.m. along the Interstate 85 exit heading north to Riverdale Road.

Sources told Channel 2 investigative reporter Richard Belcher that the soldier was working with another agency to pursue a murder suspect and was caught in a car chase.

GSP told Channel 2’s Tom Jones that the soldier had PIT maneuvered against the suspect. At the time, officials said Terrell Gas, 36, from Lithonia, had drawn a gun.

Soldiers said there was an exchange of fire. Sources confirmed to Jones that Gas has been hit multiple times and is dead.

The Georgia Bureau of Investigation said it had been called in to support the case.

GBI agents respond to Georgia State Patrol requests for an officer who shot on Old National Highway & I-285.

We are working on collecting details and will provide updates. pic.twitter.com/MUFvQny7IX

The Georgia Bureau of Investigation has confirmed that gas was being searched for in an incident Tuesday in DeKalb County.

The DeKalb County Sheriff confirms they tried to serve a gas murder warrant.

Stay with WSBTV.com and tune in to WSB Tonight on Channel 2 at 11pm for the latest on this development.